Minnesota imports most of the ammonia fertilizer used by farmers. We are investigating the technical feasibility and economic profitability of a small-scale distributed ammonia production system.

The Renewable Hydrogen and Ammonia Pilot Plant located at the WCROC is co-located with a utility-scale 1.65 MW Vestas wind turbine. Approximately 10 percent of the power from the wind turbine is used in the production of hydrogen and anhydrous ammonia. 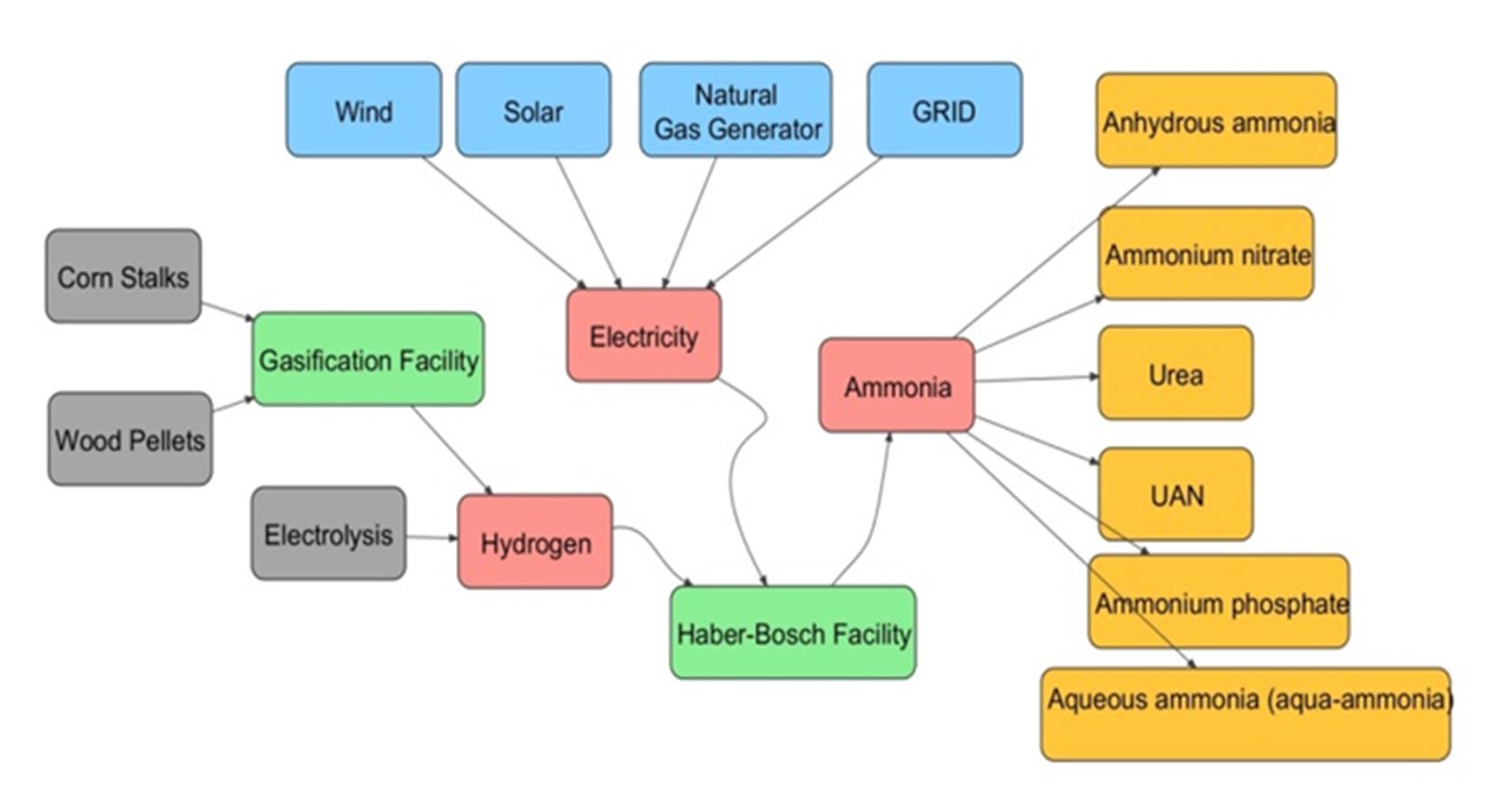 By learning how to store wind power for hydrogen production, the WCROC can provide a renewable, plentiful and clean energy source.