The West Central Research and Outreach Center (WCROC) began operating a 1.65 MW wind turbine in March 2005. This 230-foot turbine provides the University of Minnesota, Morris (UMM) with 4.8 million kilowatt hours of power each year; this is more than half of UMM's annual electricity requirement.

Of equal or greater interest is the wind turbine's potential to generate additional energy sources and to provide a platform for this research. WCROC has received funds from the Legislative Commission on Minnesota Resources to institute a plan to demonstrate and conduct vital research in areas of stored wind energy with hydrogen, fuel mixing and value-added products such as wind produced fertilizer. 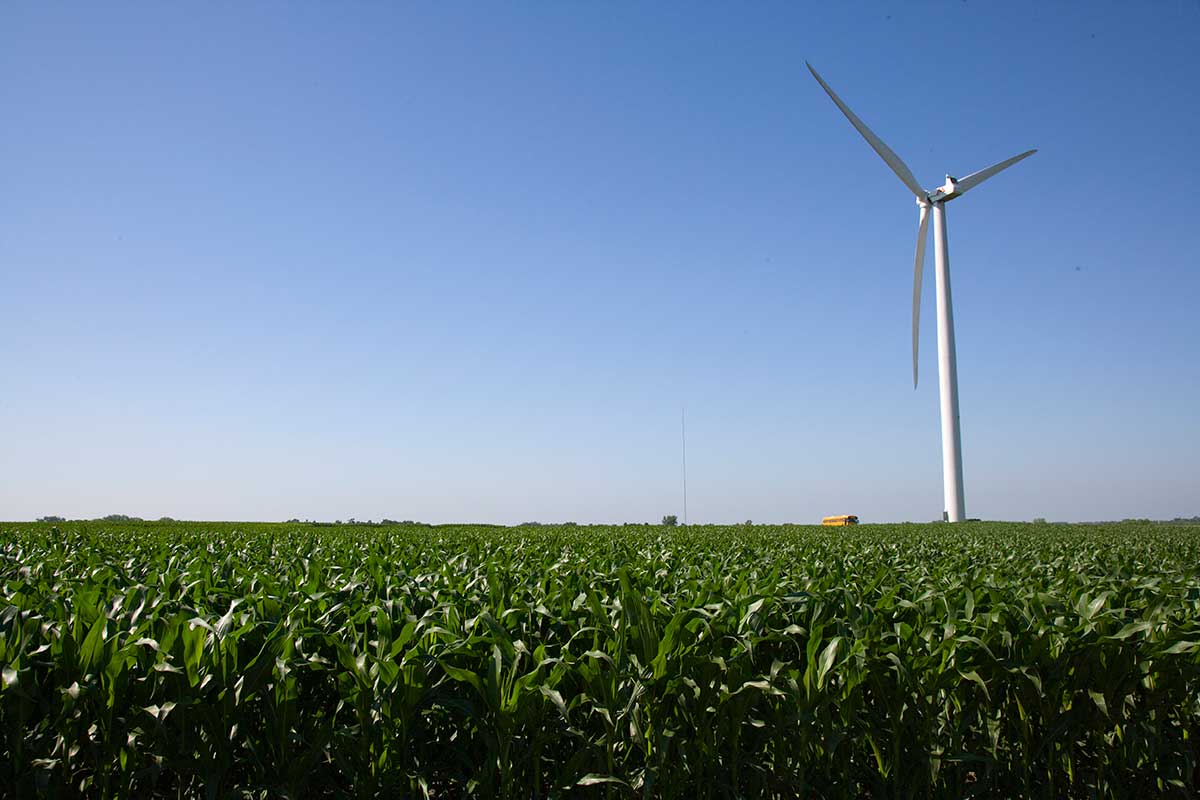